US in bed with Al-Qaeda to oust Assad

John Embry on Greece and Gold

John Embry discusses the looming Greek default and the impact it may have on the Gold and Silver markets with Eric King Of Kong World News. Listen here
Posted by Unknown at 7:16 AM No comments: 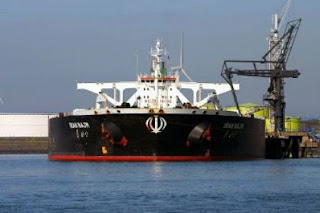 From The Raw Story:

Iran has halted its limited oil sales to France and Britain in retaliation for a phased EU ban on Iranian oil that is yet to take full effect, the oil ministry said on Sunday.

“Oil sales to British and French companies have ceased,” spokesman Ali Reza Nikzad Rahbar said in a statement on the ministry’s official website.

“We have taken steps to deliver our oil to other countries in the place of British and French companies,” he said.

The decision was not expected to have a big impact. France last year bought only three percent of its oil — 58,000 barrels a day — from the Islamic republic, and Britain was believed to be no longer importing Iranian oil.

But it was seen as a warning shot to other EU nations that are bigger consumers of Iranian oil, including Italy, Spain and Greece.

Although those countries were not affected by Iran’s announcement on Sunday, they are included in an EU decision to stop buying Iranian oil that was announced last month and which will take full effect from July.

Read more
Posted by Unknown at 7:14 AM No comments: