Gerald Celente - On the Libyan War 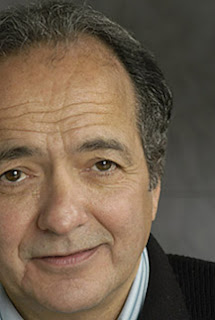 Gerald Celente discusses the war in Libyan war and coming trends for the rest of year with Eric King of King World News.......listen here
Posted by Unknown at 11:10 PM No comments:

People aren't selling their gold because prices are high, but because wages are not keeping pace with inflation. If people didn't need ready fiat currency they would be holding onto their gold to protect against further destruction of their purchasing power.

Gold prices are so high now—over $1,500 an ounce—that consumers are cashing in anything they've got that has gold in it, including teeth, bridges, crowns and other dental work.

"I've seen them pop the gold right out of their mouth," says Dave Crume, president of the National Pawnbrokers Association and executive vice president of Wichita, Kansas, pawnbroker A-OK Enterprises. 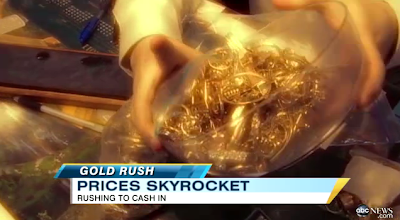 With the stripes pattern occurring twice and one week and the Silver Liberation Army gaining new price territory everyday what better for the weekend chillout than a musical scene from the movies Stripes.

Regardless of your political affiliation this is a great joke, and seemingly never agess.

Twice in one week we see the rare stripe pattern in silver price action, as predicted in this post from the 16th when silver breached $43/oz this pattern generally indicates strong buying pressure and short term price gains.

Posted by Unknown at 1:33 PM No comments:

The following video reminds me of what Vladimir Putin remarked off the cuff a month ago, that the campaign in Libya was a "medieval call to a crusade" where no limitations will be recognized. See video of Putin's comments here.

Is this why Russia, whilst opposed to military intervention in a Libyan civil war, abstained from voting on UN resolution 1973? Could this have been the ultimate form of Russian humor, to see the former crusaders, Britain, France and Italy, and past invaders of Russia be ground down in the sands of Libya? Interesting to note also all of the BRIC nations abstained from voting on UN 1973.

Unlike in WWII, there are no Rommel's or Montgomery's this time around.

The Afrika Korps was derived and formed upon Adolf Hitler's personal choice of Erwin Rommel to its command on 12 February 1941 (Rommel himself landed on African soil in Libya on 14 February 1941 to begin leading his forces that would be brought into action). The German Armed Forces High Command (Oberkommando der Wehrmacht, OKW) and Army High Command or (Oberkommando des Heeres, OKH) had decided to send a "blocking force" (Sperrverband) to Libya to support the Italian army. The Italian army group had been routed by Commonwealth Force's counter-offensive led by the British Eighth Army, in Operation Compass.
~
Eighth Army first went into action as an Army as part of Operation Crusader, the Allied operation to relieve the besieged city of Tobruk, on 17 November 1941, when it crossed the Egyptian frontier into Libya to attack Erwin Rommel's Panzer Army Africa.

The consequences of the US addiction to Oil


On the first anniversary of the Gulf of Mexico oil disaster, that killed 11 people and dumped millions of gallons of crude into the ocean, BP has filed two lawsuits for damages. But while the company is looking for others to blame and fighting for big money in the courts, it's locals who're paying the price with their health. RT's Gayane Chichakyan reports.

Even a year after the largest accident in the history of oil exploration, not much has changed in terms of safety regulations in the U.S. Scott Roberts, the director of the documentary 'Gas Hole' says the corporations don't have to alter anything because of America's oil addiction.

Keiser Report: As Gold As Gold


This time Max Keiser and co-host, Stacy Herbert, report on downgrades, gold bars and third worlds. In the second half of the show, Max talks to Taki Oldham, director of The Billionaires Tea Party, about tea parties, astroturfing and Ayn Rand. 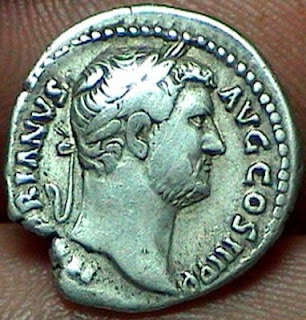 How fitting on the supposed day Jesus got sold short for 30 pieces of silver that the AUD price of silver goes up $30/kg.

So if Marx is right on this point silver in AUD terms is 11 times cheaper now than in the time of Jesus. This is very significant considering the Roman empire controlled the major silver mines of the time, in Spain, and could enforce low standards of OH&S, on mostly slave labourers in the mines, silver was still 11 times more expensive than today!

So adjusting the current silver price for this 2,000yr price dislocation we come to a price of AUD $477/oz or USD $512/oz (amazingly $500/oz silver is what Max Keiser was recently calling for to bring peace to the financial markets and to stop the wars ~ divine inspiration perhaps?)

The Bible refers to the denarius as a day's wage for a common labourer (Matthew 20:2 [1]; John 12:5 [2]).The value of the denarius is referred to, though perhaps not literally, in the Bible at Revelation 6:6: "And I heard something like a voice in the centre of the four living creatures saying, 'A quart of wheat for a denarius, and three quarts of barley for a denarius [Latin Vulgate: bilibris tritici denario et tres bilibres hordei denario, δηναρίου in the original Greek]; and do not damage the oil and the wine.'"

The Autovía A-66 is a major highway in western Spain. It also forms part of the European Route E803. The road is an upgrade of the N-630 which is being undertaken section by section. The route roughly corresponds to the ancient Roman 'Silver Route' from the mines of northern Spain to the Mediterranean.
Posted by Unknown at 10:35 AM No comments: