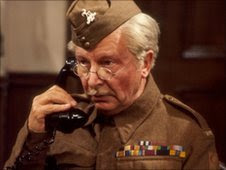 What's happening with the gold price?

Gold will always have an emotional hold over investors' hearts because it's not priced on fundamentals.

It is a speculator's dream because there is no yield on owning gold, no earnings, and virtually zero use for the productive capacity of an economy.

If there are any fundamentals, there is the cost of finding the stuff, which seems to be increasing by the day.

Yes it is symbolic. Try giving your bride or groom a copper wedding ring. And yes, it is considered by many a store of wealth that could replace the current standard, which is the US dollar.

Much of the doubling of the gold price in the past five years has been due to a concern that the US dollar has been printed to excess in the wake of the ballooning US trade deficit and its sluggish economy.

The printing of the greenback has taken the form of "Quantitative Easing" or "QE", which is central bank slang for propping up banks' balance sheets in the hope that they'll lend some of it out. Radar views it as similar to smoking – it's good at the start, but you need more and more of it to get even close to the initial effect.

Read more: http://www.smh.com.au/business/under-the-radar/panic-merchants-generate-golden-opportunity-20130222-2evjv.html#ixzz2LcxwT7HN
Posted by Unknown at 10:54 PM No comments:

Weekend Chillout - The Sky is Falling

Well what an exciting week that was. The chicken littles in the mainstream media ran around screaming "the sky is falling" whilst seasoned investors, who had seen it all before, particularly in precious metals, and took the opportunity to add to their holdings at deeply discounted prices.

In this episode of the Keiser Report, Max Keiser and Stacy Herbert discuss where you go when you can't even afford mystery meat? They also wonder whether Germany's gold has already been sent out to slaughter while the men running the money abattoirs continue sending us photos of the intact gold. In the second half of the show, Max Keiser talks to HBOS whistleblower, Paul R. Moore, about the absurdity of naming the FSA twice and why eating dodgy securities is not a victimless crime.

Marc Faber: 'Market Has Peaked Out'

David Morgan - Is The Bull Market Over?

Dario Fo: 'What had taken centuries to create in Italy was degraded in a very short time'