Silver is Still a Smoking Deal

From Oct 2009 - Robert Kiyosaki talks about Silver and Nixon's crime of '71. It is interesting to look back and see how insightful Robert was, he talks of $15/oz, today silver is almost $22/oz. 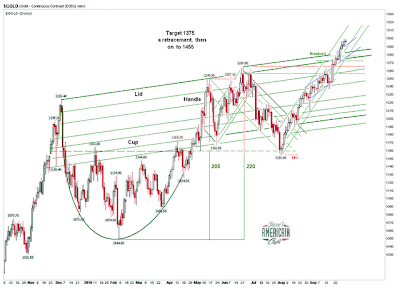 Thanks to Jesse for the chart.
Posted by Unknown at 1:52 PM No comments: 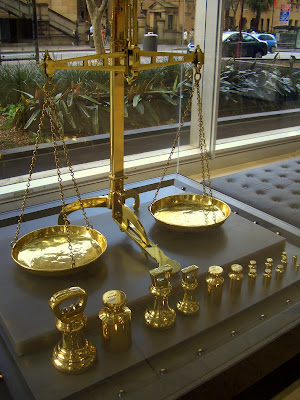 A good article from the Telegraph, seems they have all become Gold Bugs in the finance section - good for them, they might even become interested in silver one day. But I digress, gold is no where near its peak in the current bull market, the general public, especially the public of anglo-saxon ethnicity, has not even woken up to the fact gold has been the best performing asset class of the last 10yrs - most could not even tell you the price within $300. As to buying physical gold, well they haven't even started.

During the past year, the price of the yellow metal has risen by about 30pc.

Over the past two decades or so, gold prices have increased more than fivefold from a low of around $250 per ounce in 1999 and have almost doubled since the peak of the global financial crisis in late 2008.

Participants at the start of a two-day precious metals conference in Berlin organised by the London Bullion Market Association (LBMA) forecast on average that the price of would be $1,406 in September 2011.

At last year's LBMA conference in Edinburgh, participants were overly cautious, forecasting that gold would reach $1,181 by this year's gathering.

Adjusted for inflation, however, the price is still well below its all-time peak set in 1980, estimated at around $2,300 in today's money, giving investors hope for more upwards movement.

"Gold is going to continue to rise for the next one to three years because it's bedlam on the global currency markets right now," Josef Kaesmeier, chief economist at German bank Merck Finck, told AFP.

"The United States has an interest in the dollar staying weak, the euro is suffering because of debt problems in southern Europe and the yen is behaving in an inexplicable manner," he said. "The only currency that people want to buy is the yuan, but China doesn't want that. So gold is the only thing left."

The rise has been so strong that European central banks have recently put the brakes on their strategy of the past 20 years to offload their gold reserves in exchange for something offering a better return. It has also drawn new players to the market.

"The attitude towards gold has changed incredibly," said Shayne McGuire from Texas, one of the largest US pension funds, who have emerged as major buyers in recent years. Everyone wants it in their portfolio."

But for Merck Finck's Kaesmeier, this is a worrying sign.

"Once pension funds start buying en masse, then I see the risk of a bubble," he said. "I see now that gold has started to become a big issue, front page news. I don't like that.

Graham Birch, the industry veteran who used to manage the BlackRock Gold & General fund, agrees. "If your taxi driver starts telling you to buy gold, you'd better sell it because this means the market has peaked."
Posted by Unknown at 7:38 AM No comments:

Gold Smashes Through the US$1300 Barrier

In the space of 8hrs overnight (Aussie time) gold futures rose over $25. From a low on the London exchange of $1285 it hit a intra-day high of $1310 in NY trading. If the $1300 level holds for the rest of the week it may become the new base. It seems the "China put" is still alive and well.