Eurozone faces a "make or break"


Consumer and business confidence slides in Europe as analysts are warning the eurozone faces a "make or break" situation when it comes to saving Greece and the two wobbling dominoes Spain and Italy.

On this edition of News Analysis we're discussing the future of the common currency block.

A team of researchers from Tel Aviv University has uncovered a hoard of real-life buried treasure at the Crusader castle of Arsur (also known as Apollonia), a stronghold located between the ancient ports of Jaffa and Caesarea, in use from 1241 to its destruction in 1265. The hoard, comprised of 108 gold coins, mostly dinars dated to the Fatimid Period (ca. 900 to 1100 AD), was discovered in a pot by a university student. The coins bear the names of sultans and blessings, and usually include a date and a mint name that indicates where a coin was struck.

This fascinating find is the first of its kind, says Prof. Oren Tal, director of the excavation and Chairman of TAU's Department of Archaeology and Ancient Near Eastern Cultures. "The scientific value is unprecedented. This is the first hoard of gold coins that we have in Israel that we can date to the Crusader period."

Prof. Tal believes that the coins provide an important clue to how large-scale economic transactions were made in the Crusader period. "They were not afraid to use older coins in order to complete large transactions and run large-scale businesses," he said, indicating that this "pot of gold" may be one of a group hidden in the castle, remnants of Arsur's role as a business center where industrial and agricultural goods were traded.

According to Prof. Tal, the discovery adds to the debate over gold circulation during the time of the Crusades, a series of military incursions into the region to establish Christianity. It puts Fatimid-period coins, minted by Egyptian Sultans in the 10th and 11th centuries, in a Crusader context. Their use of gold from an earlier period is somewhat surprising, given the importance placed on coin minting.

Typically, societies mint their own coins, especially for the completion of large transactions, because it impacts more than just economics — it has marketing and public relations value. From a social and political standpoint, the minting of coins shows that a culture has the wealth and ability to make its own currency, feeding into a sense of independence as a people, cultural self-definition, and a collective identity, explains Prof. Tal.

Though historically priceless, the actual cash value of the coins is difficult to pin down, says Prof. Tal. A document found in the Cairo Genizah hints at the worth of the hoard, suggesting that two gold dinars, the face value on the coins that were found, can provide sufficiently for an extended family for one month.

Assuming the extended family includes a father, mother, sons, daughters, and their spouses and children, this could include 12 to 24 people. If 20 people can make their living for a month on two gold coins, the horde that was discovered could sustain 50 families for 30 days, or five families for approximately one year, all depending on the standard of living.

Arsur is a perfect time capsule due to its short period of occupation, says Prof. Tal. The findings from the castle, which in addition to the coins include items such as pottery, glass and metal objects, arrowheads, and catapult stones, are a window into a specific historical period. They help researchers to develop a working knowledge of the material culture of the Crusaders, and provide clues to interactions between the Islamic and Christian worlds.

The seigniory of Arsur was leased to the Military Order of the Hospitallers in 1261. The Order originally arrived in the Holy Land in the 12th century as a group of orderlies serving European pilgrims. As evidenced by their use of the castle as a storage place for their profits, Arsur was one of their most important strongholds. In 1265, the castle was attacked by the Egyptian Sultan Baybars, and after withstanding a 40-day siege, the castle was eventually conquered. It has remained uninhabited since then.
Posted by Unknown at 5:12 PM No comments:

Posted by Unknown at 3:10 PM No comments:

Another $200 million for the Pentagon up in smoke?

While social programs are being scrapped across the board, expenses for the Pentagon are exploding more than ever. The US spends several times over what China spends on their military, but few speak out in favor of cutting in. More than $200 dollars has been spent on training police forces in Iraq. Is tax money actually being spent on anything being asked for? Author Michael O'Brien discusses. 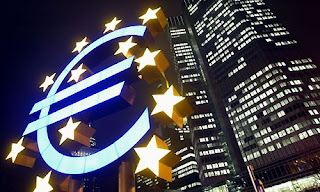 Several banks under investigation for suspected rigging of euro interest rates are cooperating with EU antitrust regulators in the hope of lower fines, two people familiar with the matter said on Monday, a move which puts the lenders at a higher risk of lawsuits.

The decision by the banks to disclose more about their knowledge of possible manipulation of the Euro Interbank Offered Rate (Euribor) is effectively an admission of wrongdoing and illustrates growing nervousness that they face a heavy penalty.

The European Commission is investigating possible manipulation of Euribor, the benchmark used when pricing bank lending in euros.

Read more
Posted by Unknown at 7:06 AM No comments: