From: WealthTrack  | Sep 26, 2011
Wall Street's number one investment strategist and Financial Thought Leader, Francois Trahan will explain why the old economic models are failing and why safety is the best strategy for investors.

"Occupy Wall Street" protesters identify themselves as the 99 percent that no longer tolerate the greed, corruption and the injustices of the one percent.

Nothing to see here, keep moving

As expected (hoped?) the Gold & Silver markets are recovering from their near death experience, hopefully readers of this blog are too. Did we all buy some more physical during the bloodbath? I did as the fire hoses were out this morning, so that means I missed out on the sweet spot of the dip but I am still up nicely for the day.

Of course there will be nothing found out of the ordinary by the CFTC and their two year old investigation into silver manipulation, just the animal spirits of the markets no doubt. 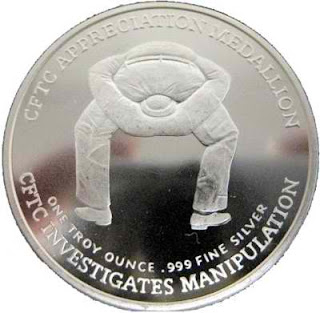 Posted by Unknown at 6:44 PM No comments:

From: RussiaToday  | Sep 26, 2011
People in Britain have long been able to march in protest - but those voices are being silenced in parts of London - for an entire month. The government's letting police slap a blanket ban on public gatherings in the capital. For some it's putting freedom of expression under threat, as Laura Emmett reports.

John Embry on the buying opportunities in Gold & Silver

John Embry of Sprott Asset Management discusses the price action in Gold & Silver and the buying opportunities that currently exist with Eric King of King World News.......listen here
Posted by Unknown at 2:57 PM No comments: 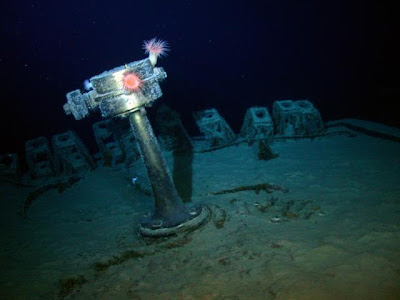 
The SS Gairsoppa was a 412 foot steel-hulled British cargo steamship that was enlisted in the service of the United Kingdom Ministry of War Transport and sunk by a German U-boat on February 17, 1941, approximately 300 miles southwest of Galway, Ireland.

The UK Ministry of War Transport paid an insurance loss of approximately £325,000 at the time for silver bars lost with the ship. In 2010, the United Kingdom (UK) Government Department for Transport awarded Odyssey, through a competitive bid, the exclusive salvage contract for this cargo from the SS Gairsoppa. Under the salvage contract, Odyssey will retain 80% of the net salved value of silver bullion recovered under the contract. Additional, uninsured silver may be aboard as well. Sources, including Lloyd’s Record of War Losses indicate a cargo of silver worth £600,000 at the time, which would equate to approximately 7 million total ounces of silver.

The shipwreck was located using the MAK-1M (deep-tow low frequency sonar system), aboard the chartered Russian research vessel RV Yuzhmorgeologiya. Visual inspection of the site was conducted with a remotely operated vehicle (ROV) from the Odyssey Explorer. The video and still images acquired during the exploration of the shipwreck with the ROV were reviewed and analyzed at length to confirm the identity of the shipwreck as that of the SS Gairsoppa. The expedition and resulting data was also used to evaluate the condition of the shipwreck and to plan for recovery operations, which are expected to commence in the second quarter of 2011.
The Gairsoppa was discovered approximately 4700 meters below the surface of the north Atlantic, in international waters approximately 300 miles off the coast of Ireland.


For more information on the history of SS Gairsoppa click here

World stock markets on Monday were driven by Europe's debt crisis and the lack of a detailed plan to resolve it. Asian markets tumbled, but Europe indexes rose on hopes leaders will consider a new approach to the crisis.

Well it seems the world of Gold and Silver did not end over night Sydney time. The 'players' seemed to have folded their Gold and Silver shorts and put them neatly away for the next COMEX option expiry or tipped off CME margin increase (or both as we have seen over the last week).

With Gold at $1625 and Silver at $30.70 and both trading throughout the London and New York sessions flat to rising it seems that most of the downside risk has been bled out of the market and the fire hoses are out hosing away the remnants of the weak long position holders.

As I have often told my clients, Silver is the roller coaster – lots of bravado on the slow trek up, then an immense amount of fear and pain on the way down.......but a feeling of elation when it levels out at the bottom. Gold I had been comparing to the merry-go-round, the horses go up and down but you don't need to be strapped in – maybe I should have mentioned you still need to hang on to the golden pole though.

So for those wishing to take long term positions in physical, particularly in silver at around the $30 level your risk/reward profile is looking particularly promising. For those in for the short trade buying silver at around $30, being patient over the next few weeks and seeing if it gets back over $40 and then taking some profits prior to the expected Greek default in several weeks time looks like some easy, but not risk free money.

Note these comments are general in nature and do not in anyway constitute trading advice. The market is made up of millions participants and JP Morgan, some of these participants may read the current market conditions very differently to me and hence the market could move in a direction opposite to my observations above. Remember without risk there is no reward ~ Fortune does favour the brave (but also kills some of the brave along the way). Whatever the outcome remember physical Gold and Silver have never gone bankrupt or fallen to zero in the last 5,000 years - unlike some companies that mine them and the fiat currency they are purchased with.
Posted by Unknown at 8:18 AM No comments: