In this episode, Max Keiser and Stacy Herbert discuss the closing of the American mind as intellectual troublemakers like Aaron Swartz are locked up for decades rather than set free to innovate. They look at the two tier justice system in which these intellectual troublemakers are persecuted while political benefactors on Wall Street are allowed to commit an endless array of financial crimes without any fear of prosecution. In the second half of the show, Max Keiser talks to Alex Jones about his appearance on Piers Morgan's show on CNN. They also discuss the targeting of activists and the role of new media taking on the dinosaurs of media.

The Bank of Japan doubled its inflation target to 2 per cent and made an open-ended commitment to buy assets from next year, surprising markets that had expected another incremental increase in its $1.1 trillion asset-buying and lending program.

But central bankers were divided on the new price target with two in the nine-member board voting against setting it at 2 per cent, underscoring the dilemma the BoJ faces as it struggles to beat deflation with its depleted policy arsenal.

The BoJ has been under relentless pressure from new Prime Minister Shinzo Abe for bolder action to overcome deflation and lift the economy out of recession.

Until today, the central bank had pledged to pump 101 trillion yen ($1.06 trillion) into markets with its asset-buying and lending program by the end of this year, but had made no commitment on whether to maintain the balance beyond 2014. 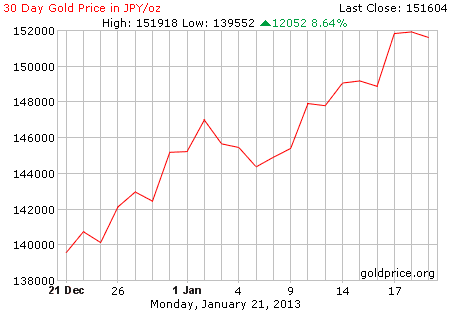 Jim Grant - Its all there for the bursting