A "TUSSLE" to determine gold prices has connected two groups of people who could hardly be more different - Wall Street moguls and Chinese housewives, with the latter turning out to have the edge.

According to "Voice of China" radio program, one of this year's most popular phrases may be "Chinese housewives" - as a major force which reportedly spent 100 billion yuan (US$16 billion) over the past two weeks purchasing 300 tons of gold and thus helping to sustain gold prices at US$1,468 an ounce.

The "Chinese gold rush" has prevented short selling, where gold is sold and then bought back when prices fall. The practice was seen as a possible bid to shore up the US dollar - gold is often regarded as a means of safeguarding wealth against a weak dollar - and to maintain stable interest rates in the US.

China's latest hunger for gold began in middle of last month following a decline in global gold prices after Cypriot authorities made a commitment to sell excess reserves.

Some critics said the fall in gold prices was a well-planned scheme drawn up by investment bankers to bolster the US economy, as two days before the price slump, Goldman Sachs released a research note saying gold's prospects for the year had eroded and recommending investors to sell short.

Before Goldman Sachs, investment banks including Barclays, Societe Generale and Deutsche also projected gold had ended its 12-year bullish performance. Societe Generale even predicted an outright crash, saying "gold may have had its last hurrah."

On April 13, China National Gold Group, the country's biggest gold producer, slashed the bullion price from 313 yuan per gram to 298.5 yuan per gram, the lowest level in two years.

This triggered the enthusiasm of Chinese shoppers, who swarmed into jewelry shops desperate to get their hands on a bargain. In most Chinese cities, gold bars were selling like hot cakes and some even reported empty inventory during the May Day holiday.

According to media reports, some people even spent more than 10 million yuan in purchasing gold, a product considered to bring good fortune in China in addition to its value as a long-term investment.

The number of Chinese gold buyers and the money they spent caught out those investment bankers who had bet on prices continuing to fall.

"A large rebound in gold prices is unlikely barring an unexpected sharp turn in the US recovery," analysts at Goldman Sachs had written in its research note.

But to their disappointment, gold prices rose by more than 10 percent yesterday compared with that on April 16.

Guo Tianyong, a professor at Central University of Finance and Economics, said that was likely the result of its latest analysis of the gold market, taking the "Chinese housewives" into consideration.

"Chinese people have a natural love for gold, but such a craze is a reflection of the very limited investment channels available in China," Guo said.

However, the effect may be shortlived. Credit Suisse analyst Tom Kendall said gold wasn't going to rise in a sustained fashion for a long period of time.

He told Reuters: "These buyers are price sensitive and they are not going to be buying indefinitely if the price goes up."
Posted by Unknown at 4:27 PM 1 comment:


Well those who have kept their stack of physical together or added to it over the last few weeks should be glad they did with a price recovery to the high $1400's for most of this week. Hopefully the price will stabilise at this level whilst physical inventory supply lines recover and the premiums reduce. 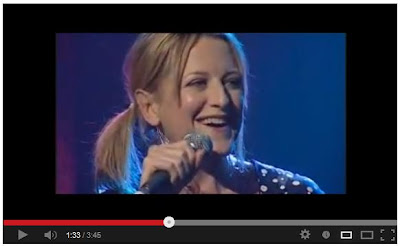 Posted by Unknown at 4:14 AM No comments: