What is Obama going to do with the fiscal cliff? Or will he just continue kicking the can down the road? Neither political party has changed its position on taxes. Obama made a promise to the middle class not to raise their taxes. That leaves the rich. Does he now have a mandate to get what he wants CrossTalking with Mark Levine, Edward Harrison and Anthony Randazzo.

Another year of pain looms for Greece as the country's Parliament approves an austerity budget which will force more biting cuts upon an already struggling population. It's been a pre-condition from international lenders who've been delaying another bailout cash injection for months now. Thousands of Greeks gathered outside Parliament to voice their opposition to next year's budget. It's approval follows another even more extensive austerity package, that sparked violent protests last week. For more on the story RT talks to joined by John Laughland, director of studies at the Institute of Democracy and cooperation in Paris.

Inside Story - China: Dying from the one child policy

World's most populous nation may review birthing policy after societal imbalances places strain on younger generation. How will China and other countries deal with this inevitable challenge of an ageing population? Tony Harris speaks to Andrew Leung, Hafiz Khan and Yong Cai.

As mentioned in this video rampant inflation is a serious issue in China as it is in India. Again gold can help protect savings against inflation in CNY just as well as it does in INR.

Ivory Coast is calling on the United Nations to lift the ban on its diamond exports.

The embargo was imposed in 2005, during the civil war, to prevent the trade from financing arm purchases. But now that the war is over, the government says diamonds are no longer a threat to stability. 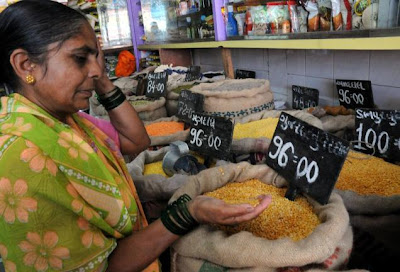 India's headline inflation likely accelerated to an 11-month high in October on costlier fuel and food, a headache for the government in a battle with the central bank over spending and high interest rates ahead of state elections.

Wholesale prices - India's main inflation gauge - rose an annual 7.96 percent, according to a Reuters poll of economists, faster than the 7.81 percent reported in September.

Headline inflation has averaged close to 9 percent since January 2011.

With the economy on track to post its slowest growth in a decade, the government is pressing the central bank to join efforts to revive activity ahead of a general election due in just over a year and several state polls before that. Election-related spending could put additional upward pressure on prices next year.

But the Reserve Bank of India (RBI) has thus far rebuffed those calls, saying prices are still rising too fast to risk loosening policy much. The bank says rising rural wages, a result of government policies, are stoking inflation.

The next monetary policy review is due in December. The central bank has said any interest rate cut is "highly improbable" at that meeting, since it expects price pressures to remain elevated following a hike in the price of heavily subsidized diesel in September.

Read more
Hopefully Indian families were saving in gold, because if they did they would have beaten the inflation rate by over 5%. And a real rate of return of 5% is an excellent return in these uncertain times.

Posted by Unknown at 3:38 PM No comments:

The Greek parliament has approved next year's budget imposing further austerity measures. The budget contains cuts worth $13.5bn over the next two years. It also raises the retirement age from 65 to 67 and slashes pensions by as much as 15 per cent.

My post on the movie Looper last week here

Amplats said on Friday it offered a 4,500 rand ($520) one-off payment and agreed to start wage talks ahead of the expiry of current agreements next year.

The offer would lapse if workers do not show up for work on Monday, Amplats said.

"Nobody is going back to work on Monday. The strike continues," labour leaderEvans Ramokga said. "We are not happy with the conditions on the offer like the final warnings and threats of disciplinary actions for dismissed workers."

The company fired 12,000 workers who went on an illegal work stoppage inRustenburg.

The cost of the wildcat action, in its second month, is mounting and Amplats said it had lost almost 168,000 ounces in platinum production, worth over $250 million at current spot prices.

UK to intervene in Syria soon?

The DTCC and Wet Wealth 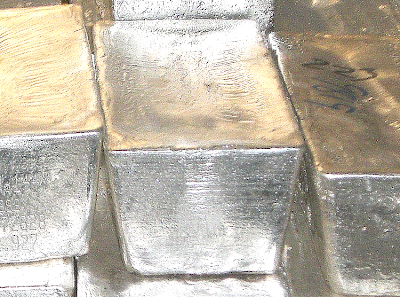 Speculators hate silver… For the past year, the positive silver headlines have been few and far between.Ever since the poor man’s gold peaked near $50 in April of last year, it’s become a despised metal.

Admittedly, it’s been languishing near $27 since early May not far from where it was for the first time – in this bull market – back in late 2010.
But as I’ll show you, right now a number of technical, seasonal, and sentiment indicators are pointing upwards for this volatile metal.

This could well be the critical turning point silver investors have been waiting for. One of these indicators is the resilient price of gold.

Read more
Posted by Unknown at 11:40 AM No comments:

Buy Gold Into the Fiscal Cliff?

Gold begins to glitter. After breaking below $1,700, gold stages a strong comeback. And is there more pain in store for crude? A look at the trades, with CNBC's Melissa Lee and the Money In Motion traders.

Australia’s dollar slid versus most of its 16 major counterparts after the Reserve Bank reduced its 2013 growth forecast in its quarterly monetary policy statement.

The Old China Is Not Coming back

Nov. 9 (Bloomberg) -- On today's "The Real Deal," Bloomberg's Michael McKee reports on the Chinese economy and Communist Party Congress. He speaks on Bloomberg Television's "In The Loop."

Investors Are Worried Over Future Taxes

Nov. 9 (Bloomberg) -- Bloomberg's Dominic Chu reports on investor worries of the "fiscal cliff." He speaks on Bloomberg Television's "In The Loop."

Capital Account with Mike Maloney on the Fiscal Cliff