Dr. James David Manning - Give Me Liberty or Kill Me


China's state news agency lights up Times Square with a new billboard. Xinhua takes its place among the most recognizable names in business.

Britain has been involved in more wars in the last 15 years than at any time in its ancient history.

And file sharing wars over freedom and the internet and intellectual property have been raging for almost as long.


After an exclusive interview with Hilary Clinton, two serious interviews were made which were about news media in the UK and food industry, famine and barren lands in the Third World countries.

The first clarifies that Murdoch is powerful enough to fish himself out of the mess and the second digs out secrets of the international corporations in plundering the wealth of the poor countries.

The World has Lost its Marbles 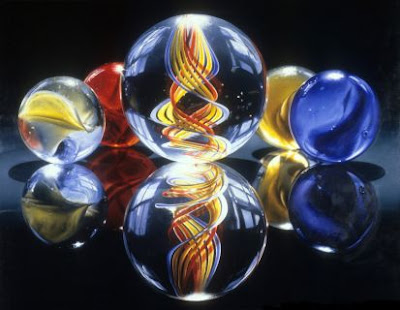 I remember my first sin. I committed it when I was six years of age and in first class. I was a shy and skinny kid. Traits I would eventually lose. My big passion, which continued till age 11, was playing and collecting marbles. In Year 6 the honour of being made school captain of my small school and the need to concentrate on homework required me to give up my passion. The beautifully sewn marble bags my aunt had made for me were given away to younger cousins and friends.

Before all that happened my collection came to exceed 8,000 marbles of all shapes and sizes. Steelies and cat's eyes, glass ones, steel ones and others made from agate. Okay I admit it. It wasn't a passion..... it was an obsession. So much so that in 1968 when I boarded a plane for a trip to Europe with my parents, I somehow managed to conceal under the coat on my arm, a bag with over 300 marbles. There were no body scanners and the like back then.

Things were going fine until the middle of the night when I decided to open up my marble bag and take out some to look at. Both parents were asleep as was my younger brother. If he had been awake, he would have blurted out, "DAD, LOOK WHAT PETER'S GOT" and all hell would break loose.

And then the fatal moment. The plane suddenly dipped and in my panic the bag slipped from my lap onto the floor. It all happened quite quickly but I remember an air hostess suddenly swooping down on my bag and picking it up before too many marbles had spilled. My father had awakened by then and witnessed the air hostess admonishing me and telling me that I would get the bag back when we landed. The look my father gave me was enough to make me look for a parachute under the seat despite always being an acrophobic. Luckily we were on opposite ends of the middle row of seats and the "fasten seat belts" sign was on.

These are all fond memories now, but back then I was terrified.

But what about my first sin?

Well it happened one day whilst playing a game of marbles with a boy from another class. It was a bad day and I just kept losing. It got so bad that I even borrowed some marbles from the same boy. At some point I had lost every single marble on me and was asked by my fellow player to go and get my other marbles so as to pay him off.

Not to cause a scene I told him to go and get the marbles I owed him from my bag because I was supposedly dying to go to the toilet. He asked me which bag was mine. I pointed out a brown Samsonite bag in a long line of bags and ran off whilst calling out to him, ''I trust you.''

Well here is my confession. It wasn't my bag but the bag of a friend who I knew had marbles. Need I say more?

I now fast forward to the decade leading up to 2011. It is clear that the world has lost its marbles. Some have gone down some very deep holes in the pursuit of some really hare brained schemes and wars. Some have gone into some even deeper pockets, whilst others are still missing with nobody knowing where they are.

Marbles have been lent and borrowed, sold and bought and we are now at the point that the total number of marbles on paper exceeds the total number of real marbles in existence. In other words the world has lost track of its marbles and in the process made it very difficult for the game of marbles to be played as it was intended to be played. It is clear that just about all the marbles of the world are going to end up in just a few hands and the game will then be well and truly over.

It is time to admit that we have all lost some marbles or that we must give some marbles up for the sake of the game and its players. It is time to stop playing the game as if losing or cheating didn't matter or as if there would always be someone else's bag from which marbles could be taken.

Whilst there is still time we need to revive the game before it turns into a damaging schoolyard brawl where shirts are torn, eyes blackened and friendships destroyed.

It is time to write off the marbles that are owed by those who do not even have any marbles to play with. If they have no marbles, then the marbles they owe will never be paid back because they cannot re-enter the game.

Once upon a time I had 8,000 marbles and in today's financial world there are many who are similarly well positioned. I had far too many marbles, more than I needed and far more than I could do anything with other than gloat in the school's playground.

Today, various commentators decry the fact that some 50% of the working population pays no tax. I beg to differ. When 9.2% (officially) and 18% according to the U6 measurement of the population is unemployed, the tax on this group is 100%. I repeat it is 100% because in pursuit of an extra 10% or 20% or 30% profit, the multinationals shifted jobs overseas and deprived these people of 100% of their income whilst still expecting them to be their consumers either on credit, unemployment benefits or food stamps.

Wealth and income inequalities are central to a thriving system. Without the incentive of reward, motivation would suffer and progress would wither. It is clear however, that the present level of inequality has brought us to a disequilibrium that threatens to totally destroy the functionality of the system.

In Ancient Greek mythology Prometheus was punished by the God's for giving man the gift of fire, by chaining him to a rock and where each day an eagle would come and eat his liver. That is correct even the Gods had created Gulags and Guantanamo Bays. At the end of the day, the gods of Olympus never got their fire back and over time they lost their hold over humans as well.

In the 21st Century it is time for the God's of Wall Street to bestow a portion of their fiery capital upon their unemployed and bankrupt serfs in the sure knowledge that both sides will prosper more so than by continuing on the present treadmill that will lead to a broken society both in terms of wealth as well as spirit. The pledges of Warren Buffett and others to give away substantial portions of their wealth, need to be fast forwarded before we go into an irreversible downward death spiral.

So what will it be America? A real game of marbles or a schoolyard brawl? Real leadership requires example and not battlefield victories. China will not be an issue. With a 5000 year record of accumulated wisdom and history it will prefer co-operation rather than conflagration.

America, the world is watching and waiting but not forever.

'Default debacle a charade, US to pay price if debt balloon bursts'