Eric Sprott on the future of Gold and Silver 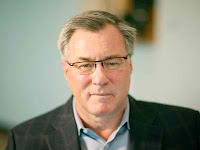 A brilliant interview with Canadian billionaire Eric Sprott on what the future may hold for gold and silver prices. Highly recommended listening for all precious metal investors. Listen to the KWN interview here
Posted by Unknown at 9:44 PM No comments:

The oddest current affairs show on the net......

Aug 26, 2012 by PressTVGlobalNews This week as ministers from more than 100 countries arrive in Tehran, Afshin takes a look at the global scramble for resources as the old hegemonic powers of Europe and United States die.

Coming up on the show, Russian President Vladimir Putin explains judo to UK Prime Minister David Cameron and the US President Barack Obama targets cows as the next terrorist threat.

We also look at Guyanas off the coast of South America as we speak with John Gimlette, the author of the book "Wild Coast: Travels on South America's Untamed Edge," about China on the Caribbean.

These and much more are all reviewed in this edition of Double Standards with Afshin Rattnasi.

Net Worth Of Congress

Ellis Martin Report with David Morgan: Silver 30 and UP