David Morgan chats about manipulation in the silver market 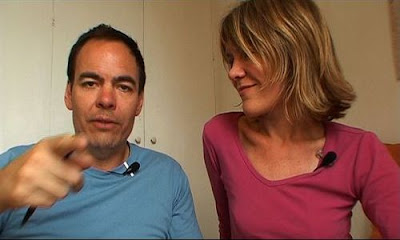 A brilliant and very detailed expose on Max Keiser and Stacy Herbert. Who would have known that in 2002 Stacy made British headlines in "three-in-a-bed" sex scandal, as reported by the Daily Mail here

A serf in the days of King John, Max Keiser argues, was in many ways better off than some US voters in 2012.

"Because in the age of Robin Hood," Keiser says, "at least the process of theft was transparent. The barons came to your house. They whacked you over the head then they took all your money." Even if the poor didn't exactly empathise with their oppressors, Keiser adds, they could at least comprehend their methods. "And the serfs," he continues, "did enjoy a modicum of stability. They got something in return for their enslavement. A small plot of land. Shelter. A relationship with the lord of the manor." In the modern age of "financial tyranny" orchestrated by what Keiser refers to as "the banksters" in charge of the major financial institutions in the US and Europe, he believes, "We have reverted to a more pernicious kind of neo-feudalism. The instruments of larceny have changed; that's all."

Read more (please read the last paragraph, the best piece in the whole article)
Posted by Unknown at 1:42 PM No comments:

Don't Vote for Obama or Romney

A wonderful rant from one of my favourite Yanks, JS Kim, who has the good sense to no longer live in the US and has moved to Bangkok, Thailand.

Posted by Unknown at 5:27 AM No comments: