Chinese Premier Wen Jiabao said Sunday that China, Japan and the Republic of Korea (ROK) have agreed to launch talks on a free trade area (FTA) this year.

Wen made the remarks at a press briefing after a trilateral leaders' meeting attended by Japanese Prime Minister Yoshihiko Noda and ROK President Lee Myung-bak.

Calling the agreement "an important strategic decision," Wen said the three nations should make concerted efforts for the early establishment of the FTA.

The three nations also clinched a deal to promote, facilitate and protect investment on Sunday morning. Wen said it will serve as the first important legal document on trilateral cooperation in the economic field.

He said the three nations have promised to seriously implement the deal, so as to "create a stable, fair and transparent environment for expanding mutual investment among the three countries and further deepen economic integration."

Meanwhile, Wen said they agreed to deepen fiscal and financial cooperation and promote the development of Asian bond markets.

The three countries will also expand cooperation in the field of sustainable development while accelerating the construction of pilot bases for recycling economy.

Trade and economic ties were highlighted at the meeting as China-Japan-ROK trade has seen rapid growth in recent years.

At the end of 2002, China, Japan and the ROK agreed to start the FTA feasibility study. In May 2010, the joint study on the FTA was officially launched, and the joint study group completed its work in December 2011.

Trade ministers of the three nations met in Beijing Saturday to finalize a trilateral investment accord and push FTA negotiations up on each country's agenda.
Posted by Unknown at 5:19 PM No comments:

The Whole World is Still Watching

Though they're loud and their numbers are high, it's unclear whether their actions are having any political effects. Spain has voted in a right-wing government, and more cuts on are on the way. 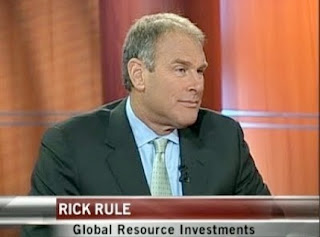 Jamie Dimon - "we know we were stupid"

Marc Faber on the Markets

TSA - the most hated profession in America?

The Transportation Security Administration has been criticized for frisking toddlers and the elderly and many Americans feel the TSA is just a waste of tax payer's money. One American decided to do something about the inadequate agency. Jonathan Corbett, president of Fourten Technologies, put the $87 million body scanners to the test and they failed to detect metal objects in his pockets.

Posted by Unknown at 9:52 AM No comments:

In this episode, Max Keiser and co-host, Stacy Herbert discuss the alleged meritocracy of old Etonians running the world (into the ground) while the rest of us remain wards of the state - from the President of France to PhDs on foodstamps. In the second half of the show Max talks to John Titus, producer of the new documentary, Bailout.