Ron Paul - Why Won’t They Tell Us the Truth About NSA Spying? 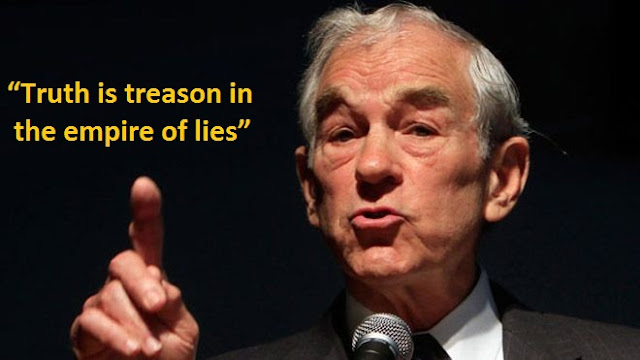 In 2001, the Patriot Act opened the door to US government monitoring of Americans without a warrant. It was unconstitutional, but most in Congress over my strong objection were so determined to do something after the attacks of 9/11 that they did not seem to give it too much thought. Civil liberties groups were concerned, and some of us in Congress warned about giving up our liberties even in the post-9/11 panic. But at the time most Americans did not seem too worried about the intrusion.

This complacency has suddenly shifted given recent revelations of the extent of government spying on Americans. Politicians and bureaucrats are faced with serious backlash from Americans outraged that their most personal communications are intercepted and stored. They had been told that only the terrorists would be monitored. In response to this anger, defenders of the program have time and again resorted to spreading lies and distortions. But these untruths are now being exposed very quickly.

In a Senate hearing this March, Director of National Intelligence James Clapper told Senator Ron Wyden that the NSA did not collect phone records of millions of Americans. This was just three months before the revelations of an NSA leaker made it clear that Clapper was not telling the truth. Pressed on his false testimony before Congress, Clapper apologized for giving an “erroneous” answer but claimed it was just because he “simply didn’t think of Section 215 of the Patriot Act.” Wow.

As the story broke in June of the extent of warrantless NSA spying against Americans, House Intelligence Committee Chairman Mike Rogers assured us that the project was a strictly limited and not invasive. He described it as a “lockbox with only phone numbers, no names, no addresses in it, we’ve used it sparingly, it is absolutely overseen by the legislature, the judicial branch and the executive branch, has lots of protections built in...”

But we soon discovered that also was not true either. We learned in another Guardian newspaper article last week that the top secret “X-Keyscore” program allows even low-level analysts to “search with no prior authorization through vast databases containing emails, online chats and the browsing histories of millions of individuals.”

The keys to Rogers’ “lockbox” seem to have been handed out to everyone but the janitors! As Chairman of the Committee that is supposed to be most in the loop on these matters, it seems either the Intelligence Community misled him about their programs or he misled the rest of us. It sure would be nice to know which one it is.

Likewise, Rep. Rogers and many other defenders of the NSA spying program promised us that this dragnet scooping up the personal electronic communications of millions of Americans had already stopped “dozens” of terrorist plots against the United States. In June, NSA director General Keith Alexander claimed that the just-disclosed bulk collection of Americans’ phone and other electronic records had “foiled 50 terror plots.”

Opponents of the program were to be charged with being unconcerned with our security.

But none of it was true.


“The NSA has previously claimed that 54 terrorist plots had been disrupted ‘over the lifetime’ of the bulk phone records collection and the separate program collecting the internet habits and communications of people believed to be non-Americans. On Wednesday, Inglis said that at most one plot might have been disrupted by the bulk phone records collection alone.”

From dozens to “at most one”?

Supporters of these programs are now on the defensive, with several competing pieces of legislation in the House and Senate seeking to rein in an administration and intelligence apparatus that is clearly out of control. This is to be commended. What is even more important, though, is for more and more and more Americans to educate themselves about our precious liberties and to demand that their government abide by the Constitution. We do not have to accept being lied to – or spied on -- by our government.
Posted by Unknown at 4:46 PM No comments: 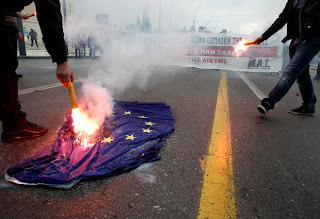 Translated from German by Google:

Largely unnoticed by the public, the EU is pushing forward the concrete steps in the event of a banking collapse. A few weeks ago it was decided to carry out banking bailouts surprise attack on a weekend ( here ) and savers over 100,000 euros and shareholders and holders of bonds with a compulsory levy on the banking bailout to participate ( here ).

Now the Lithuanian Presidency presented the first details of how a bank bailout will actually look like.

It is extremely unpleasant for those savers who now predominate because of the deposit insurance in safety and believe it will only make "the rich", ie those investors who have more than 100,000 euros.

The Lithuanian proposal shows that if a bank goes bankrupt, get the small depositors their money not immediately up to four weeks - 20 working days - the savers will have to make do with just the bare necessities., You may withdraw 100 to 200 euros a day - no more. The EU Council under the direction of your chosen anyone in Europe President Herman Van Rompuy originally had proposed to let the saver wait four weeks for their money.

The Parliament was then but this time a little long, demanding deposits of 100,000 euros should be paid within five days.

However, because the technology is not possible - no bank has so much real money - is the compromise now look like this: 20 days wait for that you get daily 100 to a maximum of 200 Euros from the ATM.
Posted by Unknown at 3:32 PM No comments: