Boom Bust - Peter Schiff: "I think we're in a depression"


Peter Schiff is back on at Boom Bust. It's no secret that investor and financial commentator Peter Schiff thinks the US Dollar is going to fall off a cliff and that he also thinks interest rates are going to skyrocket. But what does he make of the latest US economic figures? And what is his view on the outlook for the economy and investing? Schiff explains to Boom Bust's Erin Ade.

In this episode of the Keiser Report, Max Keiser and Stacy Herbert critique Francois Hollande's B Movie for France. Turning to America for economic advice is a classic trope of the B financial horror movie and the President of France was in Silicon Valley drumming up support for French industry while neglecting to mention the bossnapping trend. They also look at the posh suburbs in London where residents are turning their homes into Fort Knox in order to defend themselves from moped riding ram raiders.

In the second half, Max interviews French journalist, Pierre Jovanovic of Jovanovic.com about the ménage a trois of fraud, the Days of Rage and Francois Hollande as the enemy of the finances of the French people.

Posted by Unknown at 6:24 AM No comments: 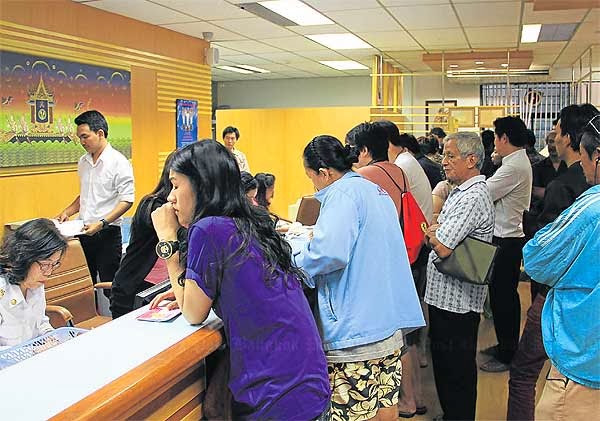 The Government Savings Bank (GSB) has decided to suspend further lending to the Bank for Agriculture and Agricultural Cooperatives (BAAC) after experiencing a 30-billion-baht deposit run amid concerns...

Read more
Posted by Unknown at 4:19 AM No comments: