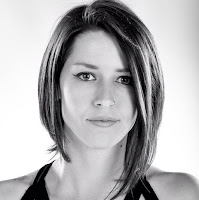 "The most powerful weapon that you can hold is the Truth,
and the Truth is exactly what scares the establishment the most" 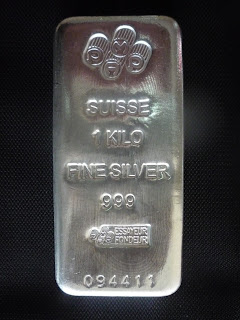 Throughout Western history, silver has been at the center of the world economy, the driver of empires, and an asset that has probably cost just as much if not more blood and treasure to extract than gold. Today, as the world faces sobering realities ranging from debt crises to concerns about resource growth, silver is once again slowly coming onto people's radar screens, and for good reason.

Silver has been money in more places and has been used by more people than has gold throughout history, even as silver is rarer today than at almost any other time in history (especially relative to gold). With the advent of the industrial revolution, silver became a go-to metal for everything from cameras, to dishwashers, indoor plumbing, television sets, computers, cell phones, adhesives, and now solar technology (besides others uses.) The industrial applications for silver far exceed gold, which ironically is part of the reason why silver is so undervalued and rare: governments and banks dumped all the silver they could dump to satisfy industrial demand which gave markets the impression of limitless official supply of the white metal. This mistake has led many to wonder whether or not a true industrial shortage in silver is possible in the coming years. I believe this market inefficiency has been encouraged by all sorts of pushers of "paper" silver, leading many to cry foul and to call the silver market one of the most manipulated markets in modern times. Hundreds of times as much paper silver trades today in our current financial casino than what actually exists in physical form. To me, this is just one more unsustainable practice among many in our financial and political system.

The silver story is about the epitome of wastefulness, of a mistaken belief in abundance. The mistaken belief that new technologies can always be relied upon to drill deeper, to extract more and more miniscule amounts of ore, so as to satisfy society's need for abundant, cheap amounts of a metal which can then be tossed away. Rather than conserve or preserve silver, governments and individuals consumed silver over the course of the twentieth century—billions of ounces of it in tiny amounts that can never be recovered. Now, silver is a metal that is truly rare, whereas not that long ago it was practically in the same category as base metals like copper, lead, or zinc. The silver story, then, is also about scarce resources in a world that seems to pretend scarcity is impossible.

The silver story is about finding the courage to be honest about the lies around you. The lie that debt and wasteful spending can go on forever. The lie that you "own" a home when you practically have to mortgage your first born to pay for it. The lie that it is somehow patriotic to consume. The lie that we have free markets. The lie that government programs are always going to be there for you.

It may be that some of us who have decided to invest in the white metal have a pessimistic, foreboding side—or it may just be that we are the only ones truly awake. After all, conventional society cannot stand to hear the truth that the cycles of boom and bust, of the birth, maturation, and decline of financial and political systems apply to all people. No one can avoid them. No matter how hard leaders try to maintain the confidence game—and scheme with efforts to paint the tape of group thought patterns—something turns, a tectonic shift occurs, and the world slips out of the hands of those who thought they called the shots.

Silver Investing and the Morality of Exchange

This last point brings me to why I decided to write a book about silver a little over two years ago. As a student of social movements, I noticed a palpable change in the civic and cultural discourse in my country and in other parts of the world. I noticed how the dissidents, the skeptics appeared to be gaining traction in their efforts to confront various aspects of the Madison Avenue, Wall Street/ K Street version of reality that shouts growth at all costs and that treats optimism as a religion. Optimism is wonderful in some ways, but one thing I learned growing up with people associated with finance (mainly Real Estate in Southern California) is that there is a fine line between optimism and fraud. This fraudulent optimism ignores the reality of resource scarcity. This optimism pretends deficits and debt don't matter. Optimism that encouraged people to buy subprime mortgages, that sneered at anyone who didn't understand how stock and real estate were destined to produce double digit returns and make you a fortune. Optimism that the U.S. can be an omnipotent world policeman, that democracy can flower everywhere, and that somehow all those jobs being shipped overseas are an acceptable by product of a New Economy that would still somehow make us all rich —this is the kind of optimism-as-fraud I am talking about. And in its wake, people have come slowly and in different degrees to the sobering realization that sometimes in life you are, in fact, on your own.

People can look around their neighborhoods, they can see signs of blight, they can see wages that are stagnant—or worse—they can see the unemployed. It is the family seeing health care costs exploding and wondering how they will send children to college. It is the neighbors who wonder why their son or daughter even bothered going into student loan debt just to have a career (if they are lucky) at Starbucks or McDonalds. It is the middle aged person hitting a wall in their career, or worse, finding out that they too have been downsized and then sent packing. These are frustrations that don't fit the narrative of recovery, of hope, of just shutting up and believing that all will turn out right in the end so often pumped through TV screens. Some people—maybe a lot of people– have been through too much to believe the same old Siren Song sung to them by the established voices in media, finance, and government. And it is out of such frustrations that social movements—for better or worse—are born. The invisible casualties of this economy are not readily visible on the Evening News. But in what are often contradictory ways, average people have a way of making statements, they have a way of attempting to redefine their lives and their communities one by one.

Silver and the Social Movement Wildcard

I don't pretend that simply buying silver makes all of the above problems go away. But I do believe that the money used by a society is a reflection of the values of that society. In our case, digital or electronic money says to me that work doesn't matter, it says that actually having resources to trade for money are irrelevant, and it shows that people should trust the almighty power of the state or corporations to take care of everything, since unpleasant realities like saving for the future or looking after oneself are irrelevant. At least at the margins, I believe there are people who disagree with this version of reality, with this definition of the morality of exchange. They are voting with their feet. We'll see how far they take it, and who knows where it will all end up. However, if you are someone wondering why the price of silver is moving higher, I think it is more than just about hot money, or some hedge fund billionaire moving the price. I think it is about people finally waking up.

For those who have been following me these past two years, I am proud to announce that my book is finally out on the silver market. For more on the silver story, please see my book available at amazon: Silver The People's Metal


www.financialsense.com
Posted by Unknown at 4:52 PM No comments:

UN may be after no-fly zone in Syria

Oct 6, 2012 by PressTVGlobalNews The United Nations Security Council has condemned the recent deadly bombings in the Syrian city of Aleppo as "terrorist attacks" in the first UN proclamation censuring activities by anti-government insurgents.

Interview with Randy Short, member of the Dignity, Human Rights and Peace Organization.

Posted by Unknown at 3:52 PM No comments:

Syria in The Crosshairs

Alex runs down the latest on efforts by the United States, NATO and the European Union to kick-start Syrian intervention under the pretense of protecting Turkey, establish a no-fly zone and work with CIA mercenaries and al-Qaeda to overthrow the regime of Bashar Assad. Alex also covers the latest on the economy as it continues to implode despite Obama's feeble attempt to sugar-coat dismal unemployment numbers following his pathetic showing during the presidential debate.