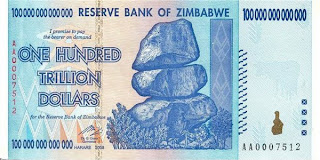 The annual meetings of the International Monetary Fund in Washington are supposed to generate some kind of resolution. Instead, all we got was posturing and a slew of pious speeches saying that "co-operation is crucial".

What is now clear is that some of the world's leading economies are deliberately debasing their currencies in order to make their exports more competitive and lower the real value of the massive debts they owe the rest of the world.

Tempers are rising, as are protectionist sentiments. Across the globe, governments are talking about "aggressive tariff barriers" and "trade retaliation" - language that hasn't been used by mainstream peacetime politicians since the mid-1930s.

Yet instead of knuckling-down and addressing the urgent task of building some kind of an agreement to contain a fully-blown currency conflict, world leaders last Sunday urged the IMF only to "study the issues", and "play a stronger role in monitoring how the policies of each member state affects the others".

This was a pathetic response. The concluding statement of the fund's policy-setting committee meekly pledged to "work toward a more balanced pattern of global growth, recognising the responsibilities of surplus and deficit countries".

To his credit, even the IMF's own managing director, Dominique Strauss-Kahn, labelled such language "ineffective". The governments controlling the IMF simply kicked the tough conversations into the long grass – postponing them until the Seoul G20 summit in early November at the earliest.

While policy at the global level is non-existent, the US and several other "advanced" nations, including the UK, are in the midst of a radical policy experiment that is about to get even more extreme. For most of last week, the dollar fell further on speculation that the Federal Reserve, having already bought $1,700bn (£1,062bn) of dodgy mortgage-backed securities and government bonds with newly-created money, will soon indulge in further "quantitative easing".

As a result, the US currency hit record lows against the Chinese yuan, Swiss franc, Australian dollar and the Japanese yen. And, of course, that is just what America wants.

Ben Bernanke, the Federal Reserve chairman, continued to fuel speculation that the US is about to unleash hundreds of billions of dollars more QE money. "There would appear – all else being equal – to be a case for further action," he said in a speech on Friday. Yet America's now blatant policy of trying to print its way out of trouble, a ploy being copied by others, is far from proven and could actually make things worse: QE on the scale now being proposed has never been tried. It is beyond the realms even of economic theory........read on