In a best case senerio 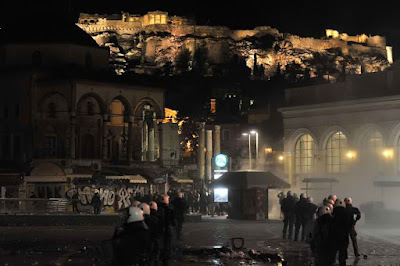 From a brilliant article in The Economist:

The prospect that one country might break its ties to the euro, voluntarily or not, would cause widespread bank runs in other weak economies. Depositors would rush to get their savings out of the country to pre-empt a forced conversion to a new, weaker currency. Governments would have to impose limits on bank withdrawals or close banks temporarily. Capital controls and even travel restrictions would be needed to stanch the bleeding of money from the economy. Such restrictions would slow the circulation of money around the economy, deepening the recession......read in full
Posted by Unknown at 8:51 PM