Australia and China to trade in Yuan and Aussie Dollars 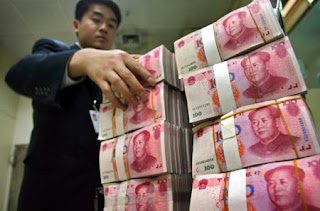 As reported on this blog 10 days ago here Australia and China have confirmed that direct trade will commence between the two countries without reference to the increasingly shunned US dollar.

China's move to allow direct trade between the yuan and the Australian dollar is tipped to deepen financial links between the two countries and make the $120 billion-a-year trade relationship more efficient.

Prime Minister Julia Gillard confirmed on Monday that Australia would become the third country that will be able to trade its currency directly with the yuan, or renminbi (RMB), following the US and Japan.

Westpac and ANZ are the first two banks that will be able to offer a direct conversion between the two currencies, which must now be completed in a roundabout process via the US dollar.